Yeah, so it's Wednesday again, and well, shit…another freaking zen post. Don't get me wrong, I love that the other ladies are all into spiritual awareness, but damn it… I have not found my inner peace. Not even close. In fact, I'm currently embracing my dark side. Say it with me… DARK SIDE. They have cookies, people. COOKIES!!! 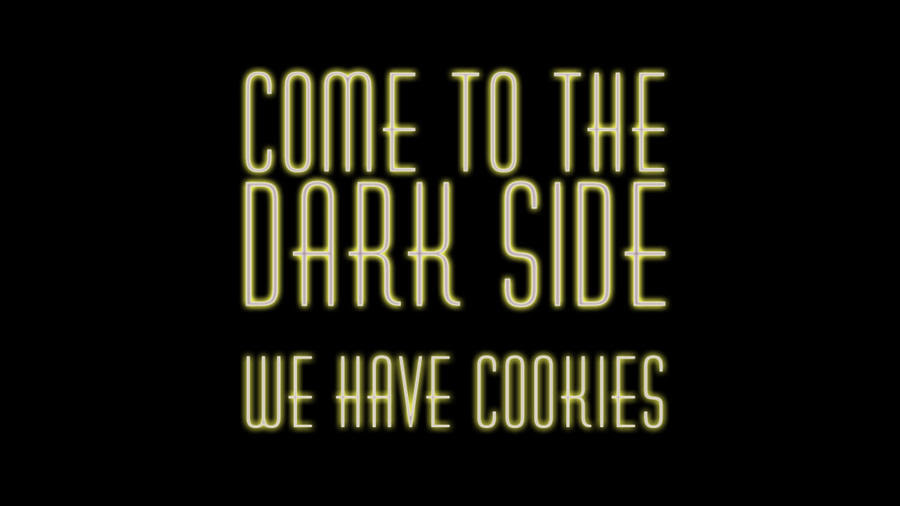 But I digress…actually, this week's post in on how we combat stress. Which is good, because stress I have. Tons. As in more than I really need, but no one seems to want to take it kind of stress. And I do realize that a lot of it is probably of my own making. I tend to worry too much about shit I can't change. Then I obsess over it, trying to imagine every possible scenario only to reach the point where I realize I have to let it go. It's probably out of my hands, anyway. But then I go right back to stressing over it. Mostly because I know I have a slightly (hey, work with me, here) obsessive personality. Okay, so it's more than slightly… at least thus far I've managed to contain my obsessions to somewhat healthier ones. (Don't start with me on the Diet Coke thing. We all need a vice, people.)

So, stress. How do I combat it?

My big one is exercise.

I know… it's terribly cliché, but it's true. I run damn near everyday. Part of it is to take my running buddy, Bandit, out… here's a quick pic of us… (Bandit's the furry one, in case you got us confused. They do say we look like our furry companions.) And of course, it's poetic that my favourite dog is a husky/malamute. They tend to be high-stress dogs, lol. 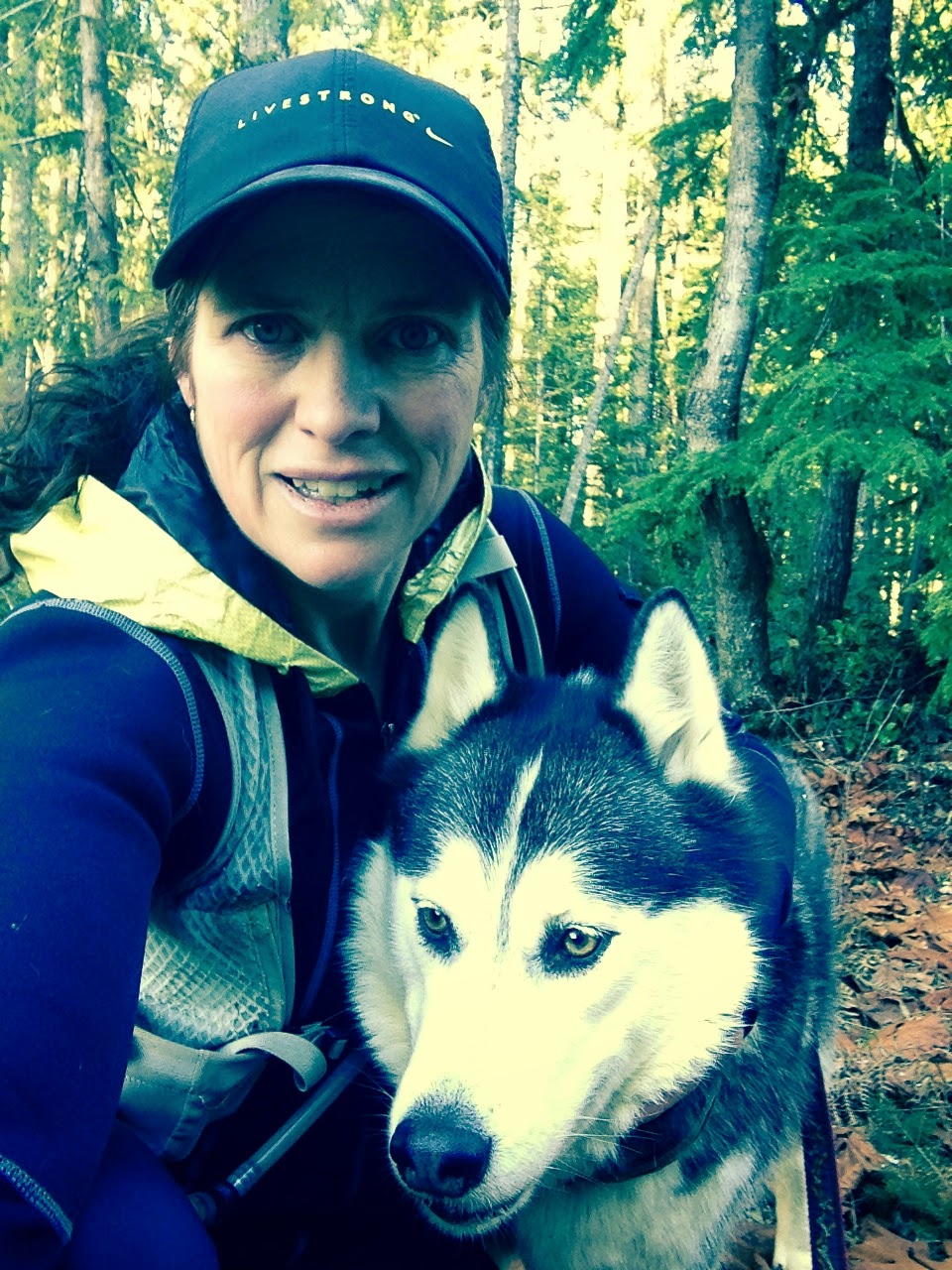 But I honestly would go even if I didn't have her. The ladies from the cabin can attest to this. I go everyday I'm there without the pup. And I've got running routes in all the towns where the boys have hockey tournaments. Just cause. I even have one for Bronwyn's house:)

Because running in the trails is, without a doubt, the one thing I truly do for me. And one of the few things on this earth that actually brings me peace. I don't care how I look. What's going on in the rest of the world. It's just me and that trail.

There's just something about being alone in the woods (other than with Bandit). The steady crunch of dirt and stones beneath my feet. The sweet scent of the cottonwood. Or even the brisk smell of winter or the earthy aroma of fall. I don't really care. I run in the rain, the snow, spring or fall. I guess I just like to run.


Or ride... I love to mountain bike as well. Now, I'm indecisive about posting this, as you see me in tights, lol... But here's a shot of the dog in action. Oh and I'm on the bike. I know... try to concentrate on the cute, furry one. It's jerky because it's shot from my brother who's running. Yeah, he runs so damn fast I have to bike. No shit. The man does Ironman. He lives and dies by his watch. So not me... 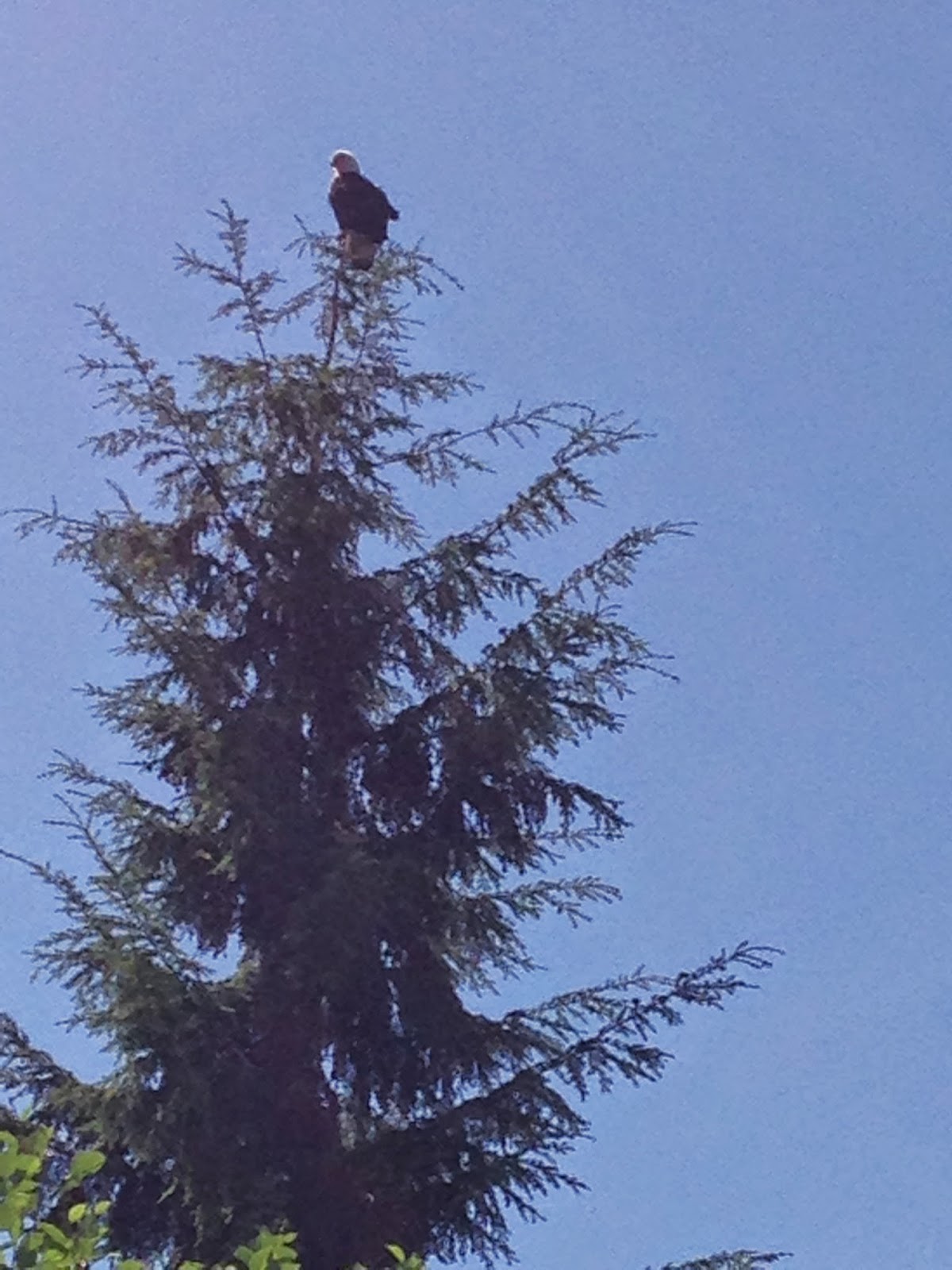 I get to see eagles fly overhead, like this one. It was on the top of a tree about five feet away from me.

Or a visit from a black bear (yeah, that black thing in the picture). I know this looks really far away but.. It was only about fifty feet. And the silly guy moved by the time I got my phone out, lol. But coming around a bend and seeing wildlife like this is incredible. Running is also one of the best ways to figure something out. If I'm stuck with a scene, running gives me an hour to just work it out. And you can talk to yourself all you want without folks looking at you as if you're completely batshit crazy. And I do talk to myself. A lot. 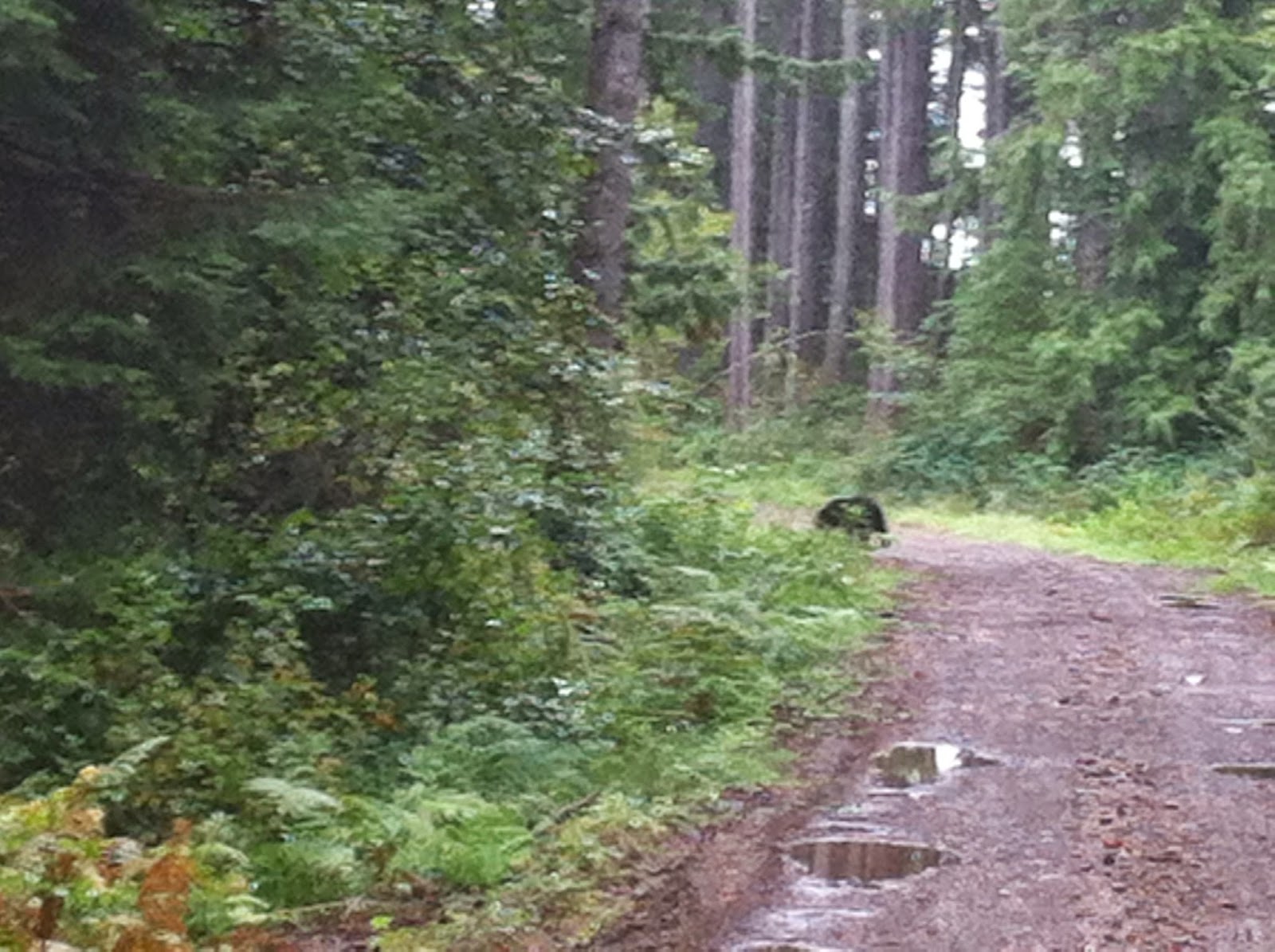 I also use other workouts as a stress reliever. There's just something about sweating and working to exhaustion, lol. It clears the mind. It also means you're happy to plant you ass down for the rest of the day and work:)

Okay.. so other than running. Yeah, I have a few other tricks up my sleeve. Another one is music. I'm sure most of us are this way. You put on songs to deal with your moods. I have some default happy songs — Top of the World by Imagine Dragons. Beat This Summer by Brad Paisley. Jump Right In but Zac Brown Band.  Then there are the sad ones when you just want to wallow in it. Music let's us embrace whatever we're feeling and sing it out loud. You just might not want to be around when I'm singing it out loud.

I also use movies or TV. Of course comedies are the best, lol. Especially a brilliant stand-up show. My youngest son, Jared, is awesome at hooking me up with comedians I've never heard of but who make me laugh until I cry. And there's no better medicine to stress than laughing.

And last but not least...friends. Talking shit out with my soul sisters is the other great way to beat the early heart attack. They get me. They don't judge and generally have good suggestions. They see the bigger picture when I'm stuck on one particular damn tree. They'll cry with me, laugh with me and just let me be if that's what's needed. But they never let me down. 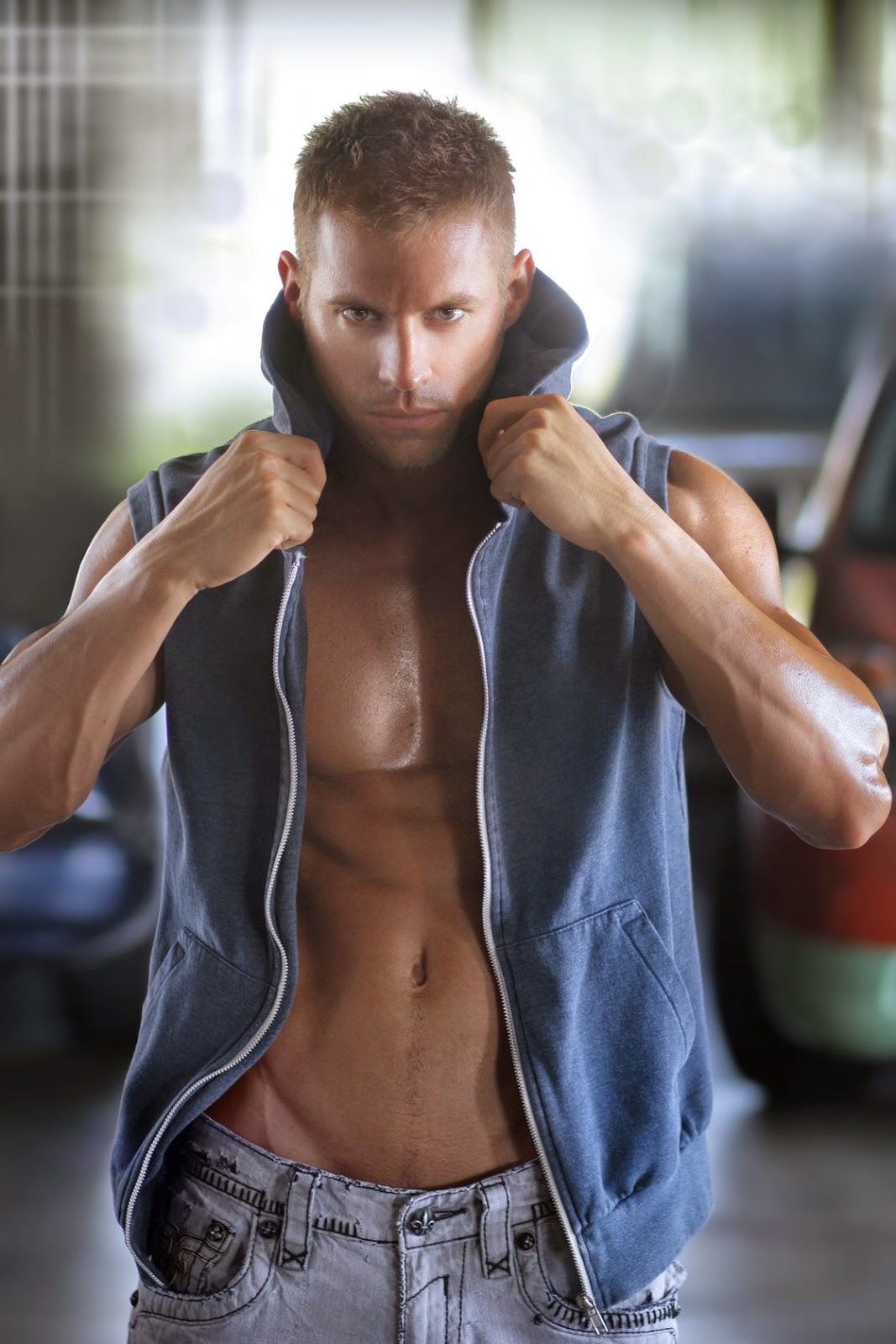 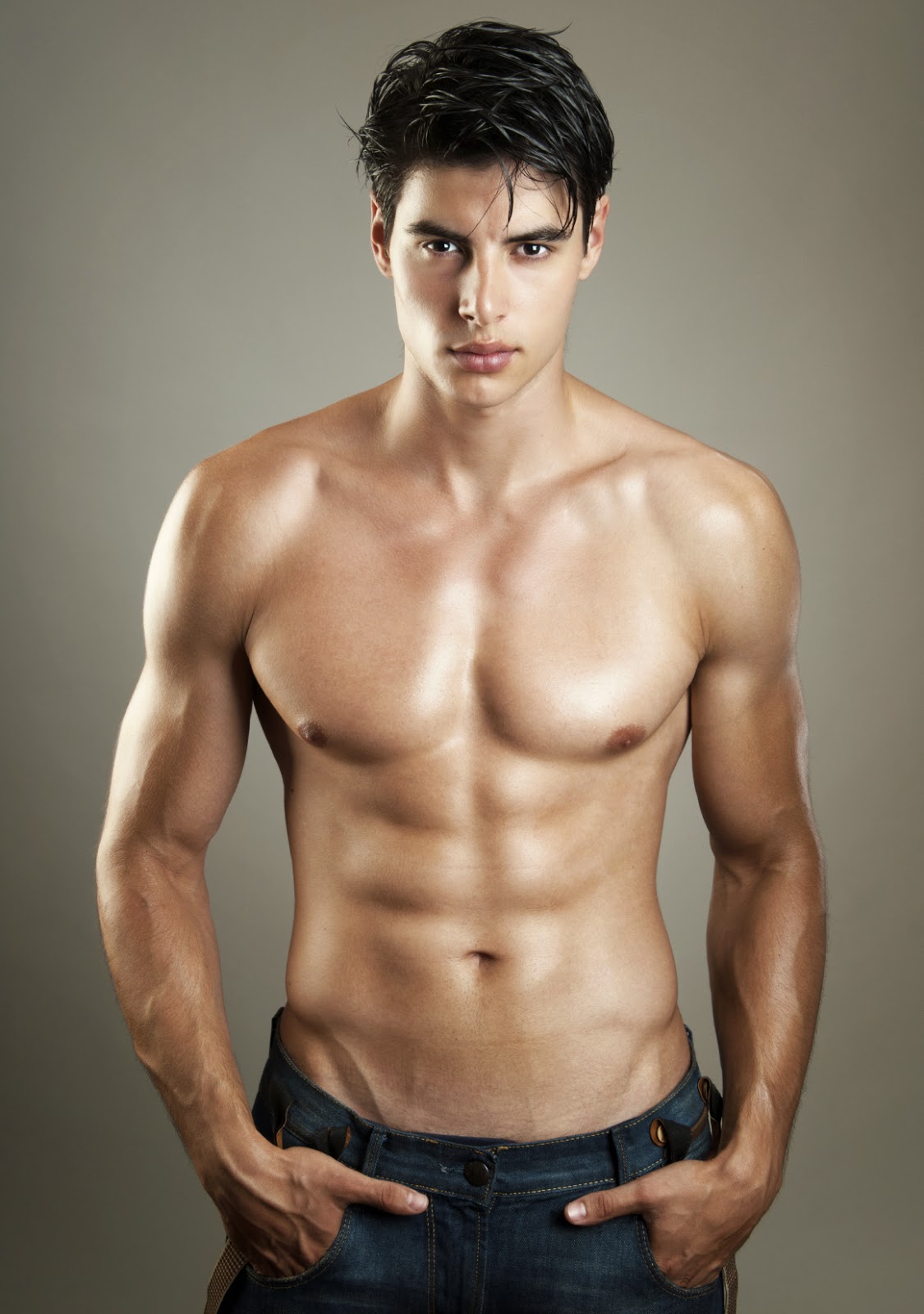 Okay, that got just a bit too mushy. So, to end... how about some eye candy. Ah, I bet you thought I'd forgotten. Just trying to switch things up a bit.

It's a form of stress-reduction too, wouldn't you say…oh yeah, bud. Let's go out for a rip...

And to end if off, here's the perfect little scene about Inner Peace. I like Po's style and his idea of finding it:) I hope you find yours. Stop by the other ladies and see how they stay calm...