Kris and Anson sitting in a tree…

So…I'm blogging. That must mean it's Wednesday, 'cause yeah. I haven't gotten too much in other than this. But hey. Baby steps, people. Baby steps. Anyway, this week, someone decided having a blog on celebrities we crush on would be a grand idea. Of course, most of these ladies I assume have a partner. Thus, they can be a bit more selective. Me…I'm to the point lots of guys are looking good!

Just kidding. I actually think I probably have odd tastes. I mean, I like the obvious handsome guys, but…I get these silly crushes on characters in shows. But it's the character I'm goo goo over. And it's usually attributed to a specific characteristic. It can be anything—looks, voice, job. Either way, here is a abridged list of my current celebrity crushes. In no particular order. And yes, this is a short version because honestly, we don't have that much time…

So...I'm thinking this one is pretty self-explanatory. And contrary to Bronwyn's twisted mind, Sam Winchester is by far the hotter brother. Sorry, honey, but that wounded soul thing he has going on—damn. And I just have a thing for guys with long hair. Those that wear it well make my insides go all fluttery. And hey, at the end of the day, who wouldn't want a guy who can kill all those things that go bump in the night. If I had to pick one…just one crush…Anson would be the guy. But I'm thinking you kind of clued in to that by the title. What can I say…well, this. He's actually my age (be nice) and the guy is hotter than the damn sun. He's not totally ripped like say Chris Helmsworth, but he's strong and lean, with more than enough muscles and is so damn handsome my eyes hurt. The hat, the gun, the long hair. Tied back or loose…sigh. And the guy can ride a damn horse...His character on Hell on Wheels isn't the most upstanding one. But it's the underlying sense of honour. Doing the right thing when the shit hits the fan…it's an honest portrayal. I also love the man's voice. I could listen to him talk all day. Voice is kind of a big thing to me. I do love certain accents and his southern one is oh so sweet. He's also got that wounded soul thing going. The somewhat bad boy in need of saving...I could keep going but… Timothy is on somewhat of the same level as Anson. He's just a handsome, sexy guy whose character in Justified seems to walk on that fine line between law and justice. It's a fantastic show...easily addicting. And hey, Raylin Gibbings in a hat...'nough said. Another guy I'd love to have talk to me. Another great southern accent. And just look at those eyes... okay... when did it get so hot in here. I am Canadian as most of you probably know and no list of celebrity crushes would be complete without Keanu. That voice. Those eyes. That hair. The scruff. Damn. And toss in a wounded soul. What girl wouldn't want to heal that? And he's Canadian, people! Eh! Yeah, he wasn't born here I don't think, but he grew up here. Considers himself a Canuck. The man was a goalie who was picked to go to the NHL farm teams then chose acting. Hockey people. The man actually plays and understands our sport...again. I need say no more. 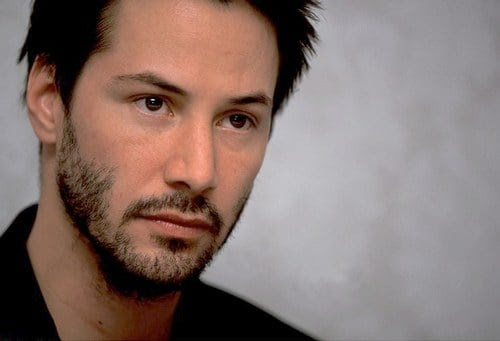 So the guy started out as a model and yeah, pretty obvious why. With his long hair...okay, wiping the drool off the keyboard now. But honestly, it's his character of Dr. Spencer Reed that really is my crush. You might not know this about me but I find intelligence extremely sexy. And the socially awkward genius on Criminal Minds…he's the poster boy of sexy, smart guys. Now some of you are starting to understand why I've watched eight seasons of Criminal Minds. The crush-worthy men just keep going. I thought Thomas Gibson was cute when he was on Dharma and Greg. The guy's only gotten better with age. There's just something about that scuff. I wish his character sported it more often. I have a thing for scruff. It's like the long hair thing. Don't ask. Just go with it.

Okay... my girl crush on Chad isn't really a "oh I think he's so handsome" kind of thing. It's the man's voice. I'm a jacked up Nickelback fan. The fact of which I get teased about—endlessly—from my not so Canadian gal pals. But hey, I don't mind. The man just has this deep sexy voice that makes me want to listen to him sing/talk/whatever all the time. So yeah...I'm crushing.

In a word Aragorn. There. That's all there is to say. The reason I'll watch Lord of the Rings over and over. Him.

Now, I could keep going. There are obviously other famous guys I've fantasized about...but it's funny how they seem to come and go. Some that come to mind... Norman Reddus... If the zombie apocalypse ever happens, I definitely want this guy in my group. And it wouldn't take me four seasons to get cozy with the guy. Tom Hiddleson. But I really just like the Loki thing he's got going. the bad brother... hell yeah. And his voice. Yeah, he can talk to me any time. Robert Downey Junior. I think the name Tony Stark says it all. And Sherlock Holmes. Seriously. Nothing more to see here people. Move along.

Okay, I'm going to stop before I have to keep counting up all the men that make my knees just a bit weak. Or a lot weak. I think I see a pattern above…

Please go and visit the lovely ladies of Wednesday's blog and see who their crushes are. Other than Sam Winchester, I think I'll be all by myself here.