The only constant is change…

For those who don't know me, I'm an Apple girl. iMacs, laptops, iPods, iPads, iPhones and a couple of Apple TV's tossed in for good measure...our house is strictly apple. And it wasn't because of the invent of all their cool stuff, either. I was an Apple girl way back when you could 'make' your own computer by them. I still remember helping my brother assemble his first one. You know, back when the Internet was just a series of obscure BBC sites...okay, I'm dating myself.

Anyway, right around the time I received my first contract from Total-e-Bound Publishing, Apple had devised a new web building program. Now I'm not sure exactly how long iWeb had been out, but it was fairly new and something I embraced when said new contract was accompanied by a...oh and you need a website, a blog, a...you get it. For a person who knew nothing about html or CSS or anything else, it was intimidating to think I'd have to create a website...but in true Apple fashion, iWeb turned out to be as easy to use as any of their other products, and before I knew it, I'd made mine, and a few friends' as well. Sure, it had it's limitations, but many of its shortcomings could be overcome with the prowess of Google. Folks far more savvy than I found ways around most issues, and honestly, I thought iWeb was the best thing since chocolate.

Then the unthinkable happened. Apple decided not to continue developing iWeb and for the last few years, it's been by sheer luck that all the system upgrades haven't rendered the program unusable. As it stands, you can still create and publish with it...but the logical part of me knows that I'm living on borrowed time. That at some point, I'll upgrade my system software and bang, I'll be without a web building program. Oh, the site as it stands would be fine...it would still continue to work as it's already loaded on the server, but what happens when I have a new book release? Or needed to make some other kind of change? I'd be stuck.

So, for the past few months (well, years really but there's been nothing I could really get a handle on, lol) I've been searching for a new program. One that allows me to create sites from scratch and doesn't limit me to themes or building blocks or only pages in the colour blue. I tried Sandvox, but it was limiting. I tried Flux, but damn, it didn't make any sense to me and while I managed to build a site on it for a friend, I'd be hard pressed to make any changes now.  I can't remember anything.

There's another issue as well. Since iWeb was released, the marvel known as the iPhone was become a reality. Which presents a new set of problems...now websites need to be responsive—change with different screen sizes and be optimized for mobile devices. iWeb and other web programs don't achieve this. They merely shrink the page to fit the situation. And if you have anything with flash on it, forget it Those slideshows won't show up on any iPhone like device.

Then my brother sent me links for a couple of promising programs—Easyweb and Webflow. At first I thought they were basically the same type of web program, but I've discovered they are vastly different. Easyweb is the best recreation of iWeb I've ever seen, only it's better. All those tricks I had to implement are mostly built in to Easyweb. It really is a drag and drop web builder with the ability to use code if you want to. One minor flaw...it's only in the Beta form today. But it's definitely promising. The only thing I see limiting with this program is that it's not currently mobile responsive. I believe (and I could be wrong) that it's like iWeb in the way it only shrinks the site...you can't alter it specifically for a mobile device. That's where Webflow is unique.

Webflow is still essentially drag and drop but it builds responsive sites in CSS code (but you don't need to know any). And what's fantastic about it...you can optimize your layout for each device. So you design the laptop view, then when you click to the tablet view, you can change font size and layout so it looks how you want on the tablet size. Then again for the phone. So you can remove parts that don't make sense on a certain layout or shift them around. It's really quite spectacular.

Now the one downfall...it's just newly released and at present, doesn't support multiple pages. And well, I need more than a single page, lol. But the next big update promises to correct this issue. The hard part—waiting.

Anyway, here is a sneak peak at the design of my new website...I really with I could make it all now!

This first image is the laptop view... you can't see all of it, sorry... 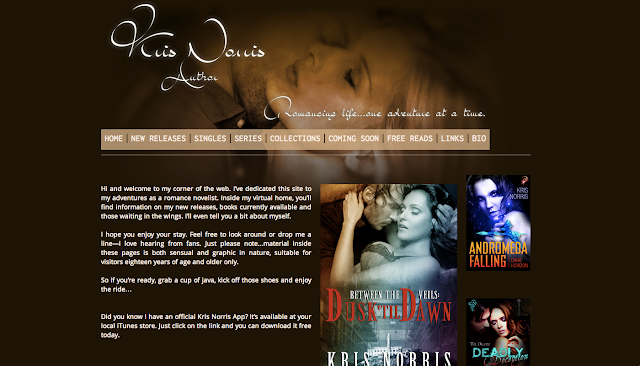 This is the tablet view... 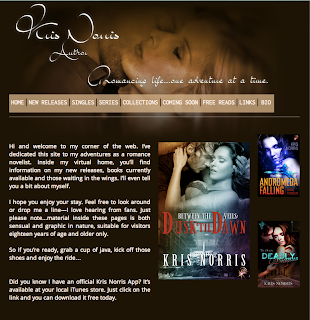 And this is the phone, landscaped view. You can also adjust for portrait... 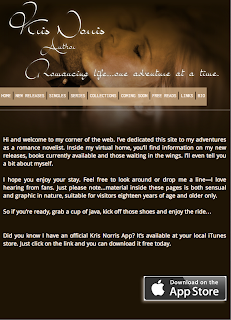 I'd love to hear any thoughts, or what program you use to build your site.