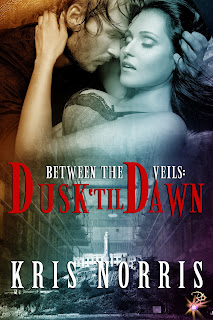 Soooo…I had the third book in my Between the Veils books release, oh, about a month ago, and yup, nothing here. I was scanning back through some old blogs and I actually saw a post where I said, hey, I'm going to blog again. I'm in blogger rehab.

Well, folks. blogger rehab was obviously an epic fail, but then what did I expect. I'm pretty damn lazy when it comes to blogging so...


But the other huge reason is because…now don't judge folks…I quite love Ghost Adventures. Now this is not to be confused with Ghost Hunters…nope, I'm talking Zak, Aaron and Nick. The three guys who go through lockdowns and stuff to try and bring paranormal evidence to light. Now I'm not going to say anything about the show other than that I enjoy it and find it both educational and entertaining. I have to say my favourite is Aaron, mostly because he feels the most genuine of the bunch, but all the guys have a certain role they play and I think they do a great job. Trying to convince people regarding the paranormal isn't an easy job. For every type of proof they have, there is other proof to disprove it, lol. But if it gets folks to just ask the question, what if, then I'm sure they're doing their job.


So, after watching episodes of this show (and yes, I added the Travel Channel to my cable just to watch THEM) I got thinking about a ghost series. Then I was asked to write about New Orleans for AAD last year, and well, before I knew it, I'd written chapter one of AFTER DARK, book 1 in Between the Veils. And the rest, they say, is history, lol.


But I digress. Now where was I…Dusk 'Til Dawn. Right. Now I'm not sure if it's because it's my latest book, or what, but I think it's my favourite so far from this series, though High Noon is a close second. Why? Dylan. Yup, the hero is one of those broken souls you just can't help but want to 'fix'. And I assure you, Annie feels the same. I also loved writing this one because the two main characters are skeptics. Non-believers. Doubters. You get the picture. And watching them try to come to terms with the fact ghosts exist then having to deal with one on a personal level, was just fun.


So, without further ado, I give you, Dusk 'Til Dawn…

Sometimes, the most dangerous souls are the ones already dead…

Annie Dunnigan wants to believe in ghosts, but her analytical mind just can’t make that final leap of faith. In the hope of witnessing some actual proof, she agrees to see what ‘ghost hunting’ is all about and tags along with her big sister Temperance and her new husband Avery Smith. Annie never expected to get caught in the middle of a childish prank with Avery’s older brother Dylan, or that she’d unwillingly resurrect an evil spirit, who doesn’t want to return to the land of the dead.

Now she’s faced with a new problem. She’s the only one who can send the ghost back to the other side of the veil, but she can’t do it without Dylan’s help…not when he had a hand in raising it. The fact they share a sizzling attraction to each other makes the situation even more dangerous, especially when neither of them are seasoned hunters. One seemingly simple task turns out to be a race against time when they discover the truth behind the ghost’s presence and the reality of the risks involved in ensuring it stays between the veils.