Life gets in the way of Hard Target, lol... 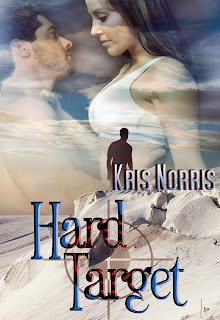 Well, it's been nearly three weeks since Hard Target came out and you guessed it, I haven't blogged a thing. What is it about the last couple of months of the year that suck every moment of life out of you? I've been busy with kids. My two boys had a hockey tournament up-island. A rather enjoyable weekend. I love watching both of my boys play hockey together. They actually get along and to see them encourage each other really is special for me. I consider myself very lucky. As far as brothers go, they don't really fight, but when they work together...yeah, I can see them in a band together later or opening a business together. Hey, let me dream :)
Anyway, the weekend was a grand success...they finished second...with one exception. The dog ate a seat belt and injured another. I don't know what it is about seat belts, but Bandit decided we had far too many in the SUV and helped herself. Needless to say, I wasn't impressed, though I am trying to find the humour in it now. Lucky I love her so darn much, lol.
In other news, my youngest son, Jared, had the lead role in the Christmas concert—I know, concert implies singing and yes, they sang their little hearts out, but it was a medieval Christmas and he played the part of the Squire. He was brilliant (yes, I can say that even though he's my son) and didn't miss a line. He looked so natural up there and was the only kid who had to memorize more than a line or two... he had several scenes. We're fortunate enough to have a fabulous music teacher at our school and I enjoyed every moment on the performance. I even had to videotape it as a fund raiser for the school...the video editing comes later, when there's actually time. Thank God for iMovie and making life easy.
So, with those reasons safely tucked in my pocket, it's little reason I haven't blogged about my latest release—Hard Target. I'm actually kind of surprised as this book is very dear to me. It was the first book I ever wrote and has probably seen more revisions than Michael Jackson. But in the end, I love how it all turned out and can't wait until it's available at all the third party retailers. Right now you can pick it up at Resplendence Publishing... http://www.resplendencepublishing.com/m8/263-201-108-454-3--hard-target-by-kris-norris.html.
Here's the blurb...

A promise worth dying for…a woman determined to save him. All that stands between them and success is ten thousand feet and a mile of ice.

Ex-Federal agent Kyle Sullivan can’t afford any distractions. He’s in the middle of a highly volatile mission and the last thing he needs is to fall for the woman he’s entrusted his life to. But his heart has other plans.

Taylor Austin isn’t sure what to think of her new client, the not so bookish “professor” Kyle Sullivan. Everything about him screams sexy, and she can’t help but wonder if he’s hiding something. But just her luck, all he seems interested in is trekking his ass half-way across a glacier to a deserted cave. And in October, the Rocky Mountains couldn’t be more treacherous. If they can just make it across the ice sheet, perhaps she can convince him that she’s more interesting than his ancient artifacts.

Taylor is everything Kyle ever wanted in a woman…smart, strong and a whole lot of trouble. But he needs her, and not just to fill the emptiness inside him. She’s the only guide capable of getting him to a remote hideout alive, and that’s worth risking everything…even his heart.

I've decided to make one of my New Year's resolutions to actually blog... yes, to find a way out from beneath that heavy furniture and hide in the house just long enough to get some words out...but there is another passion that will be interfering in my life next year. A dear friend and I are planning on participating in the 10th annual TransRockies Challenge. It's a seven day, multi-stage mountain bike race that starts in Fernie, BC and ends in Canmore, AB... it's an epic ride and if we're actually going to do it we'll be spending more and more time on the bike as the months go by. But I will endeavour to blog far more. After all, my life is chaotic and I'm certain you'd all love hearing about my daily battles with it... right?
Thanks and here's to a great kick-off of the 2010 Holiday season.
Posted by Kris Norris at 12:55 PM